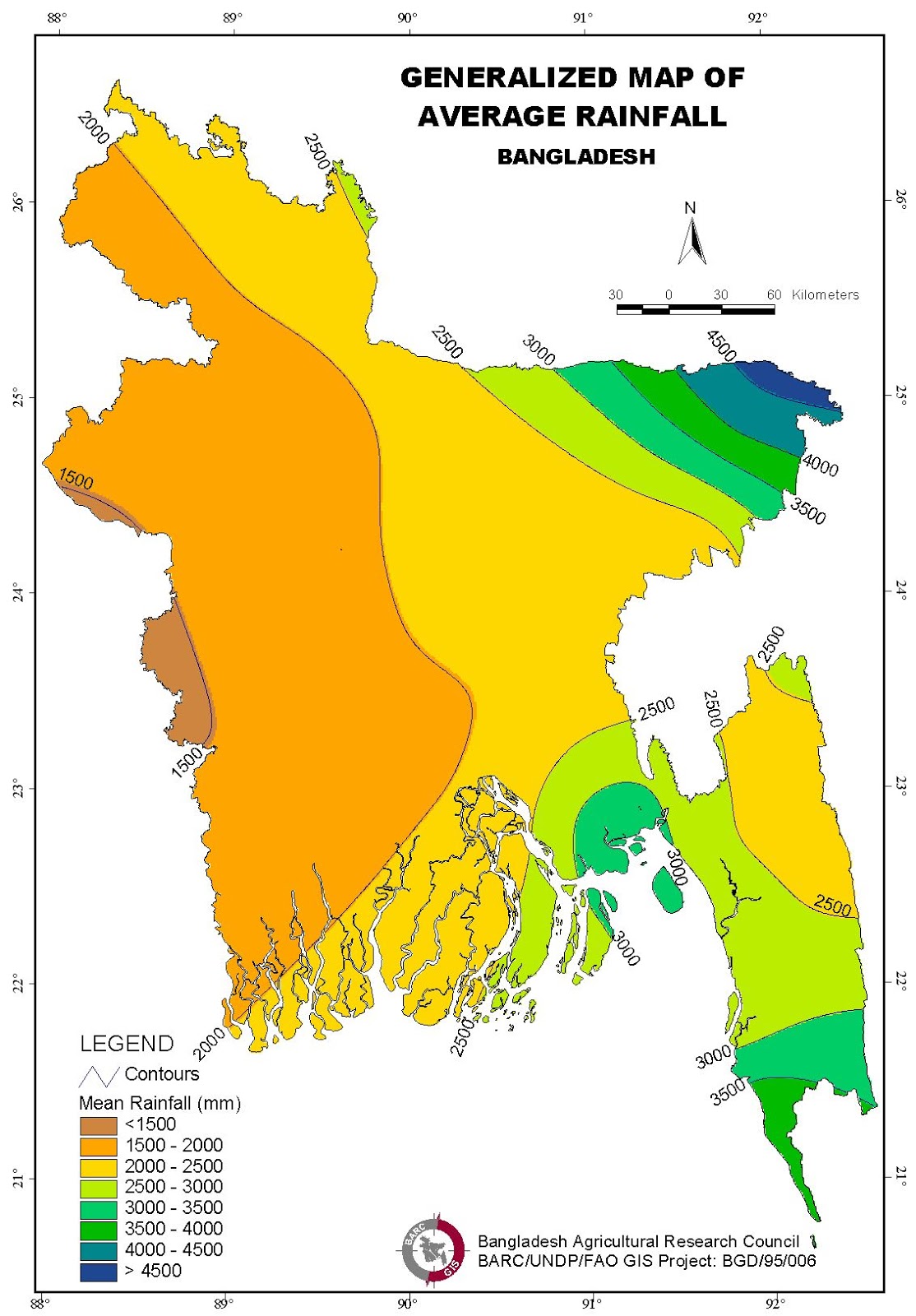 The average annual rainfall at Bangladesh varies from a maximum of 5,690 mm in the northeast of the country to minimum of 1,110 mm in the west. The groundwater, however, provides adequate storage to compensate for annual variations in rainfall and stream flow. The average annual discharge from the three major rivers - a total of 35,000 cusec- is second only to the Amazon. The carry billions of tons of sediment load every year.

Bangladesh has a subtropical monsoon climate characterized by wide seasonal variations in rainfall, high temperatures and humidity. There are three distinct seasons in Bangladesh: a hot, humid summer from March to June; a cool, rainy monsoon season from June to October; and a cool, dry winter from October to March. In general, maximum summer temperatures range between 30°C and 40°C. April is the warmest month in most parts of the country. January is the coldest month, when the average temperature for most of the country is about 10°C.

Heavy rainfall is characteristic of Bangladesh. With the exception of the relatively dry western region of Rajshahi, where the annual rainfall is about 1600 mm, most parts of the country receive at least 2000 mm of rainfall per year. Because of its location just south of the foothills of the Himalayas, where monsoon winds turn west and northwest, the regions in northeastern Bangladesh receives the greatest average precipitation, sometimes over 4000 mm per year. About 80 percent of Bangladesh's rain falls during the monsoon season.

Note:
The Typhoon season begins in August and lasts to end November. Warnings are not always very effective in Bangladesh, due to the bad Infrastructure of this country. Be careful when you travel around in the coastal areas of Bangladesh in this period, and try to follow the weather forecasts carefully. Typhoons have often catastrofal effects, and can cause floodings that can sometimes last for serveral weeks.