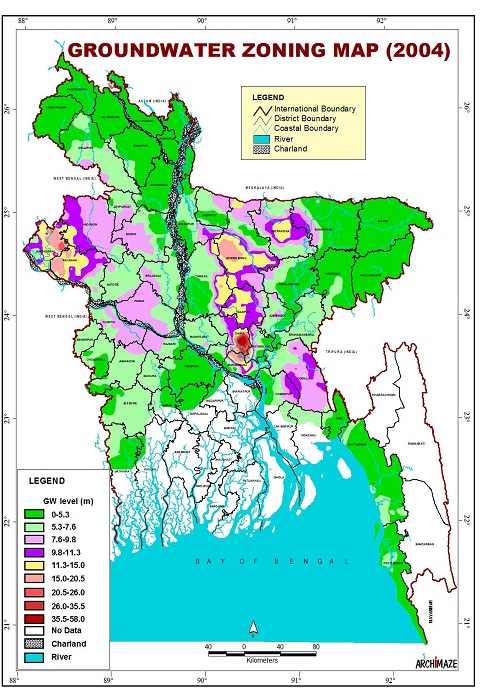 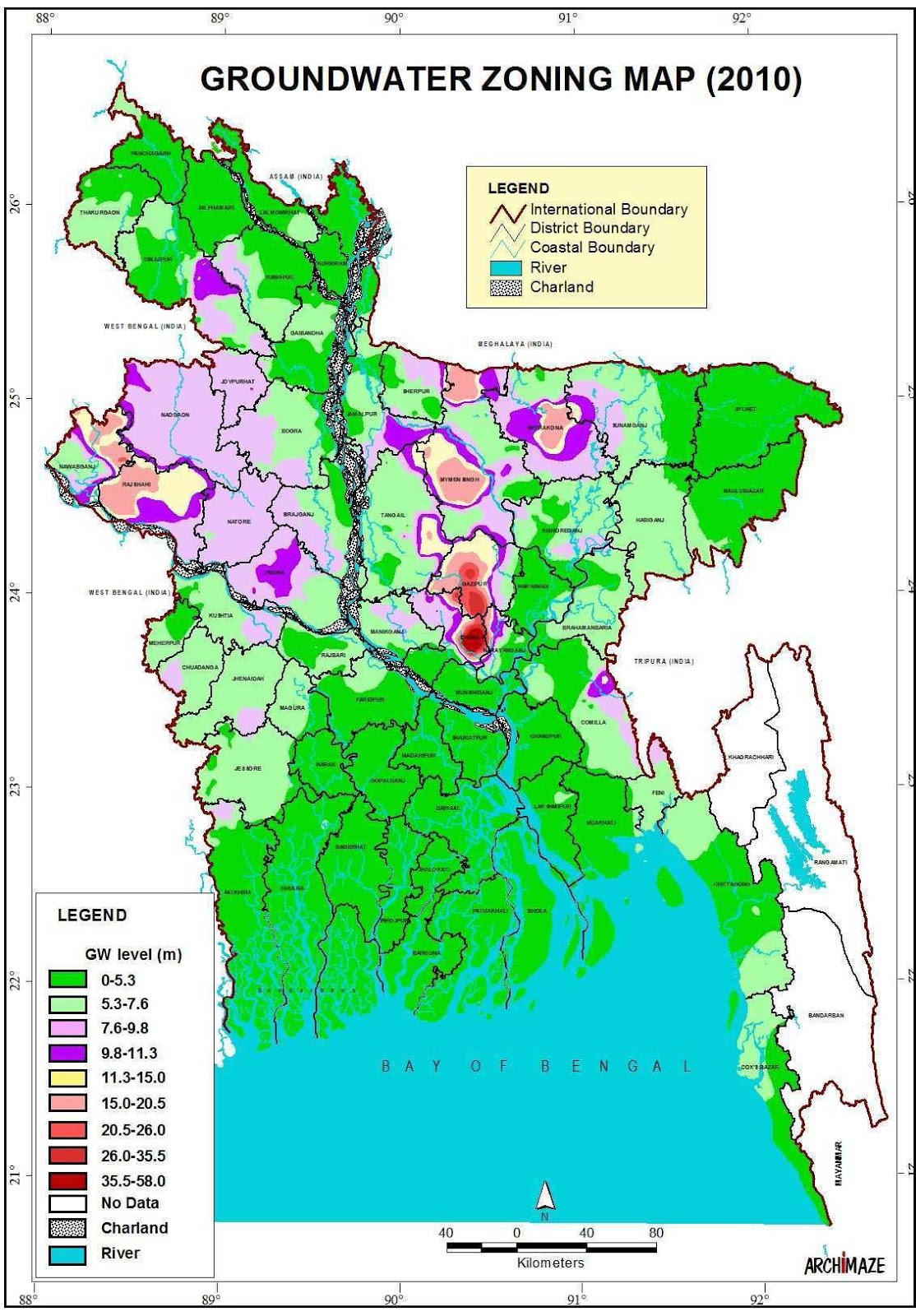 Groundwater zoning map of Bangladesh has been updated after six years by Bangladesh Agricultural Development Corporation (BADC). The first one was prepared by BADC engineers with the technical support of Bangladesh University of Engineering and Technology (BUET) in 2005 using the data of 2004. Though the first one was prepared without financial support of any project or program, but the updated one needed government support in order to simulate it with mean sea level. The old one was used to know the depth of groundwater level for selecting type, size, discharge, etc. of tube wells used for irrigation purposes. It also helps to know the location and area of different zones based on groundwater tables.

The updated one was prepared by using space technology, geophysical survey and both mannual and auto water level recorders. The latitude, longitde and reduced level (RL w.r.t. mean sea level) of 3066 groundwater level monitoring wells and 100 saline water intrusion monitoring wells were measured with the help of RTK GPS during 2009-2011 fiscal year.

As per directives of Hon’b le minister for agricultre Matia Chowdhury and active support of Chairman of BADC, Dr. S M Nazmul Islam, the updated zoning map has been prepared by the Minor Irrigation Information Services Unit (MIISU) division of BADC. This is the first one of its kind in the country. This is known as 3 dimentional digital elevation model, commonly known as groundwater zonig map. It is possible to be used to identify the direction of movement of under ground saline water intrusion if any, and the critical area for shallow tube well irrigation which covers about 63% of the total dry season irrigated area of the country.

If it is compared with that prepared in 2005 using data of 2004, it is clear that a significant changes have taken places which provides us an ealy warning about the adverse impact of increased withdrawal of groundwadter without proper planning.

The groundwater zoning maps attached with this article can be used for finding the differences that happened during the last six years. It not only indicates the adverse impact, but also shows us some realistic solutions that should be adopted to overcome the upcoming disaster of underground saline water intrusion and rapid groundwater depletion, if we look at it carefully. It should be noted that these are happening beneath the earth surface and invisible.