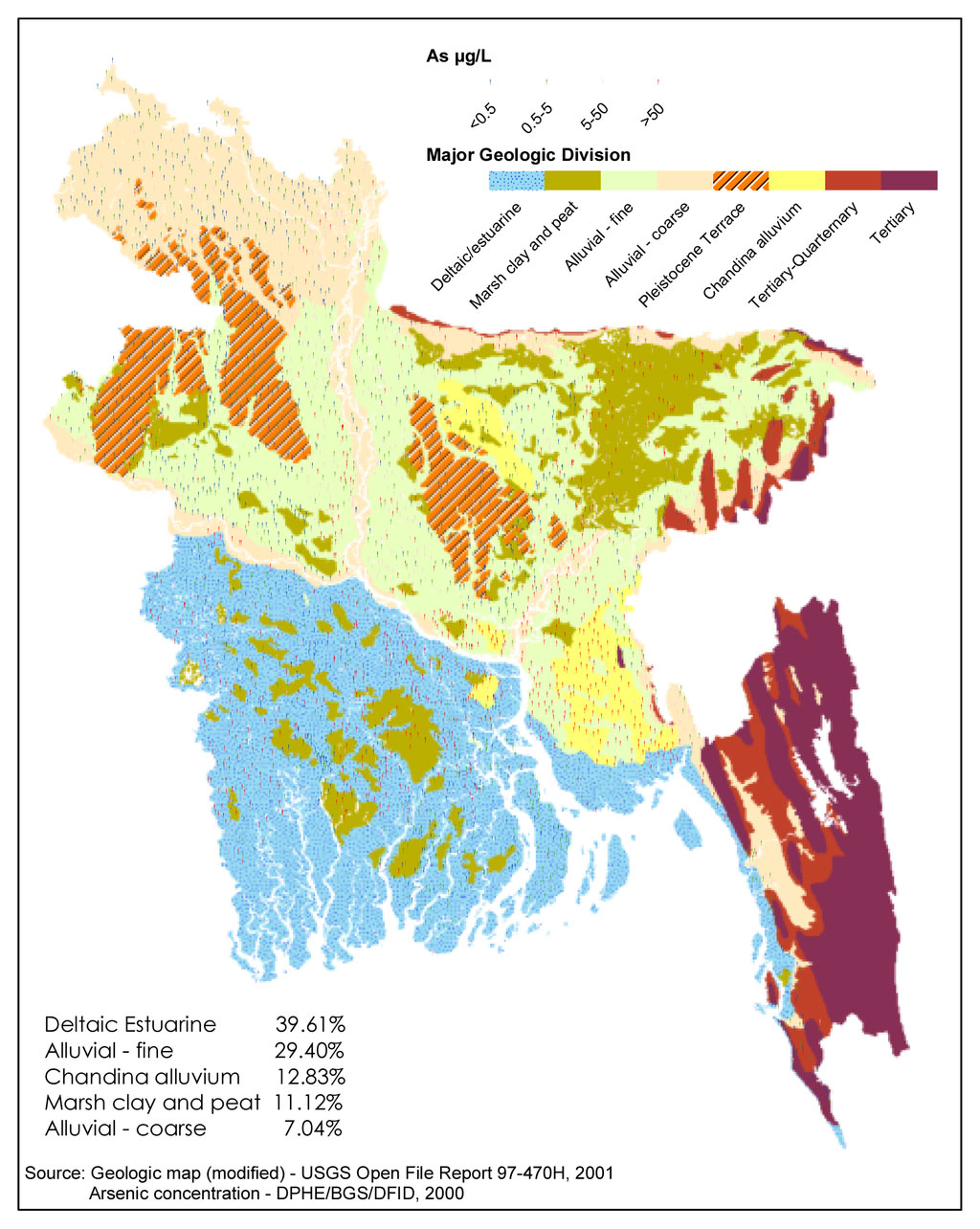 Geologic units and arsenic concentrations in groundwater in Bangladesh 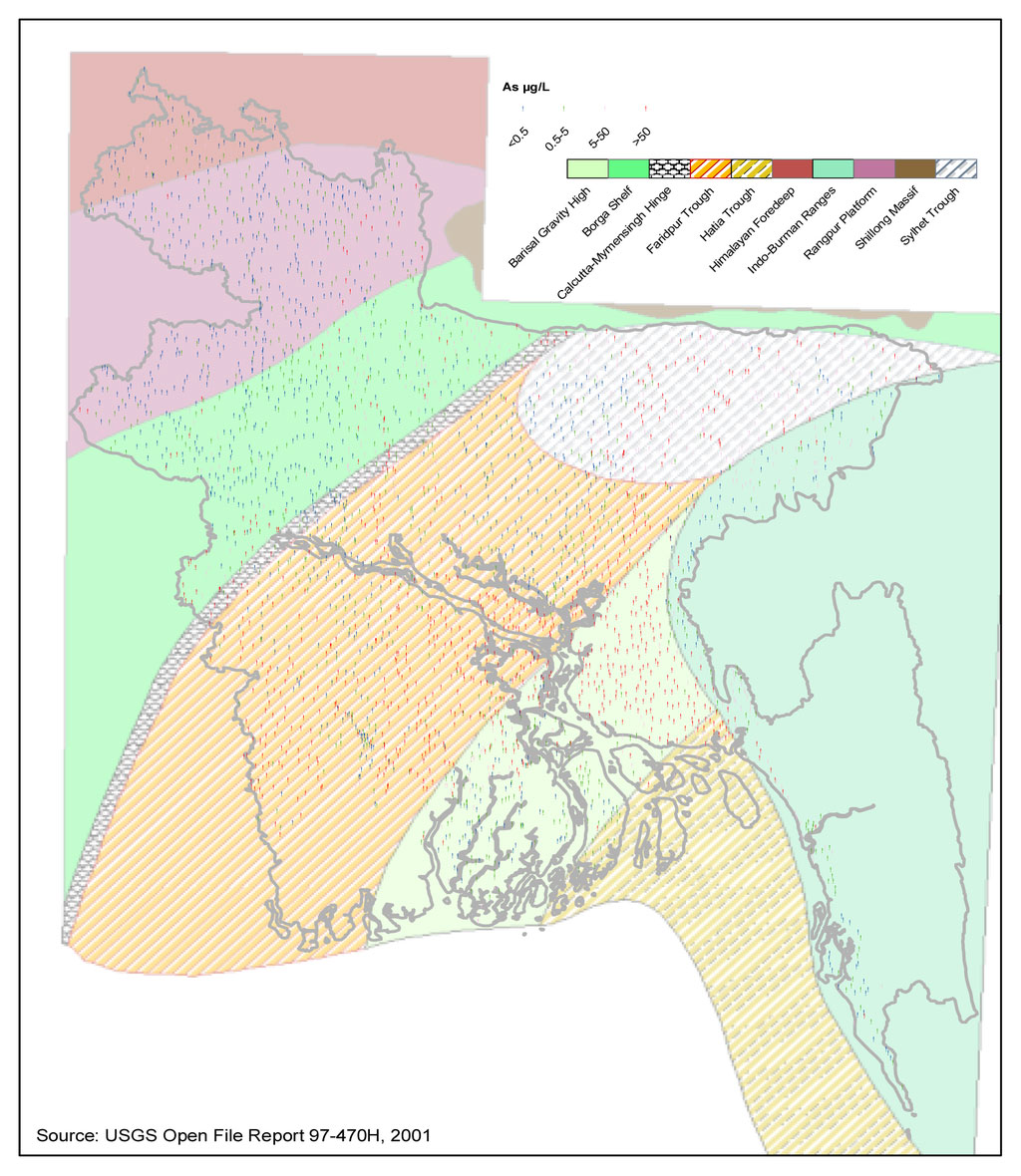 Arsenic contamination of the groundwater in Bangladesh is a serious problem. Prior to the 1970s, Bangladesh had one of the highest infant mortality rates in the world. Ineffective water purification and sewage systems as well as periodic monsoons and flooding exacerbated these problems. As a solution, UNICEF and the World Bank advocated the use of wells to tap into deeper groundwater. Millions of wells were constructed as a result. Because of this action, infant mortality and diarrheal illness were reduced by fifty percent. However, with over 8 million wells constructed, approximately one in five of these wells is now contaminated with arsenic above the government's drinking water standard.

In the Ganges Delta, the affected wells are typically more than 20 meters and less than 100 meters deep.[citation needed] Groundwater closer to the surface typically has spent a shorter time in the ground, therefore likely absorbing a lower concentration of arsenic; water deeper than 100 m is exposed to much older sediments which have already been depleted of arsenic.[5]

The issue came to international attention in 1995.[6][7][8] The study conducted in Bangladesh involved the analysis of thousands of water samples as well as hair, nail, and urine samples. They found 900 villages with arsenic above the government limit.

Criticism has been leveled at the aid agencies, who denied the problem during the 1990s while millions of tube wells were sunk. The aid agencies later hired foreign experts who recommended treatment plants that were inappropriate to the conditions, were regularly breaking down, or were not removing the arsenic.

Throughout Bangladesh, as tube wells get tested for concentrations of arsenic, ones which are found to have arsenic concentrations over the amount considered safe are painted red to warn residents that the water is not safe to drink.