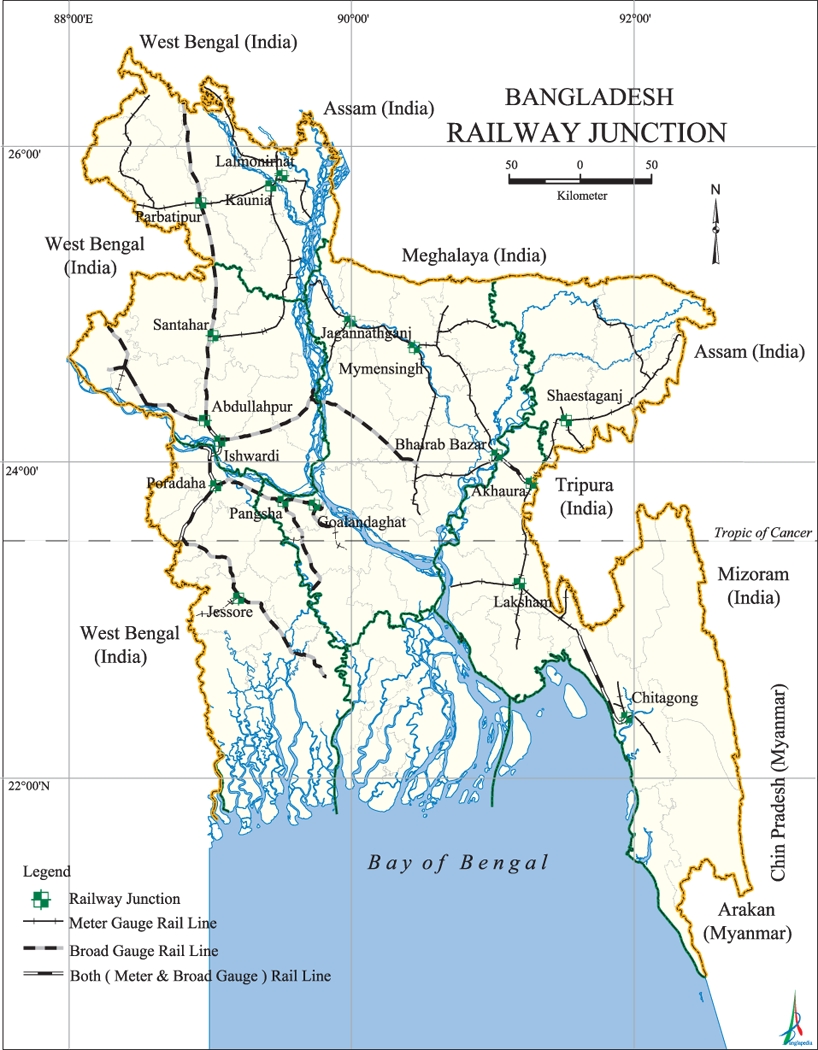 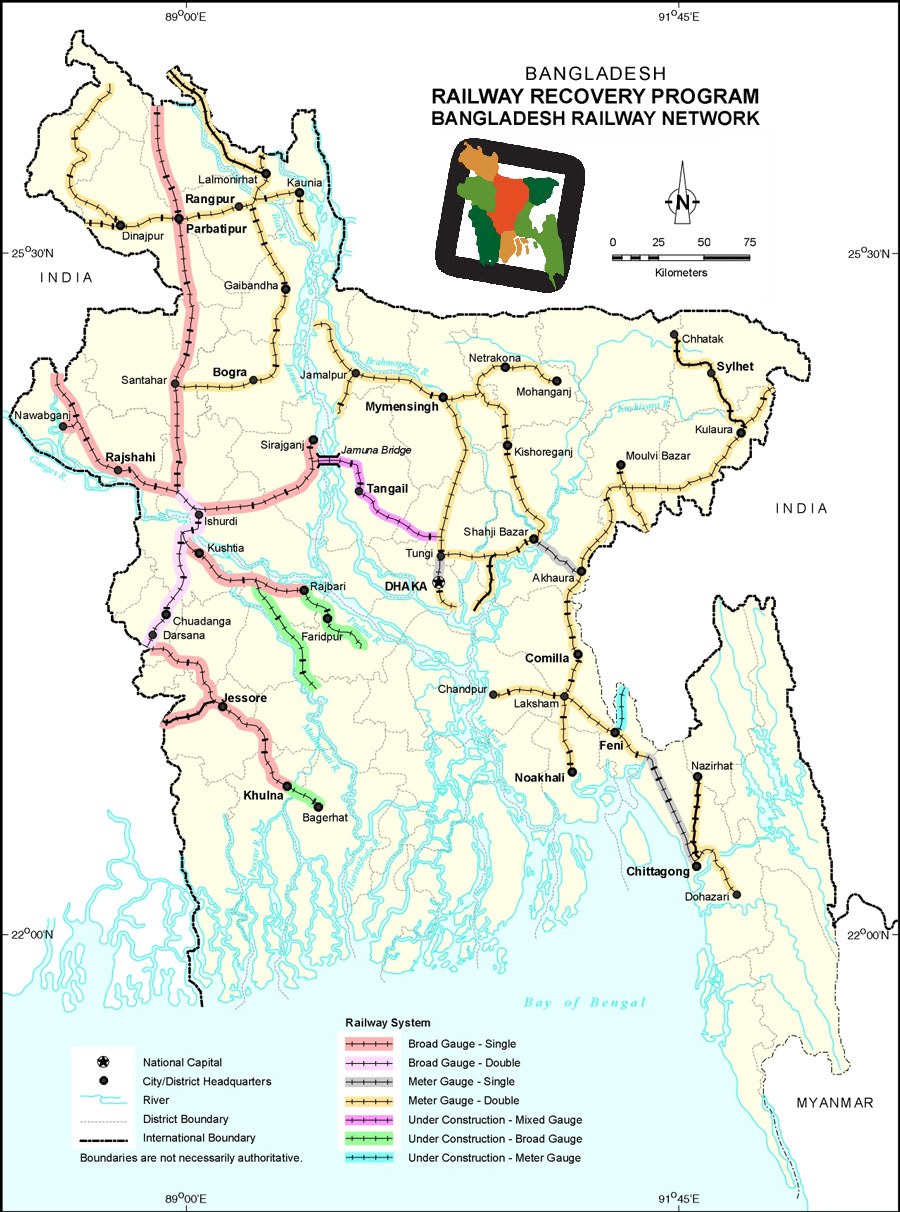 Key features of BR are the coexistence of several gauges, Broad gauge, Metre gauge and dual gauge, and the separation of the system by the Jamuna River (Brahmaputra) into a Western and Eastern Zone of operations with only one bridge, the 2003 Jamuna Bridge, connecting the two zones. Bangladesh Railway covers a length of 2,855 route kilometres and employs 34,168 people. BR operates international, inter-city and suburban rail systems on its multi-gauge network. It also owns coach production facilities.

Railway operation in today's Bangladesh began on 15 November 1862 when 53.11 kilometres of 5 ft 6 in (1,676 mm) (broad gauge) line were opened for traffic between Dorshona of Chuadanga District and Jogotee of Kushtia District. The next 14.98 kilometres 1,000 mm (3 ft 3 3⁄8 in) (metre gauge) line was opened for traffic on 4 January 1885. In 1891, the construction of then Bengal Assam Railway was taken up by the British Government assistance but that was later on taken over by the Bengal Assam Railway Company. On 1 July 1895, two sections of metre gauge lines were opened between Chittagong and Comilla, a length of 149.89 kilometres and between Laksam Upazila and Chandpur District, a length of 50.89 kilometres. Railway Companies formed in England took up the construction and operation of these sections in middle and late 19th century.

At time of the partition of India in 1947, Bengal-Assam Railway was split up and the portion of the system, about 2,603.92 kilometres fell within the boundary of then East Pakistan and control remained with the central Government of Pakistan. Later with the effect from 1 February 1961, Eastern Bengal Railway was renamed as Pakistan Eastern Railway. Then in 1962, the control of Pakistan Eastern Railway was transferred from the Central Government to the Government of East Pakistan and placed under the management of a Railway Board with the effect from the financial year 1962–63 by the presidential Order of 9 June 1962.

As of 2005, the total length of railroad is 2,855 kilometres. Of that, 660 km are broad gauge tracks (mostly in the western region), 1,830 km are metre gauge tracks (mostly in the central and eastern regions) and 365 km are dual gauge tracks. The gauge problem is being tackled by adding third rails to the most important broad and metre gauge routes, so that they become dual gauge. A major road-rail bridge at Jamuna opened in 1998 to connect the previously detached east and west rail networks. On March 2008, the broad gauge reached Dhaka, the national capital. Funding is being sought to upgrade the network and transform Bangladesh Railway into a profitable business. BR exceeded its target revenue earnings in the fiscal year 2007–2008.