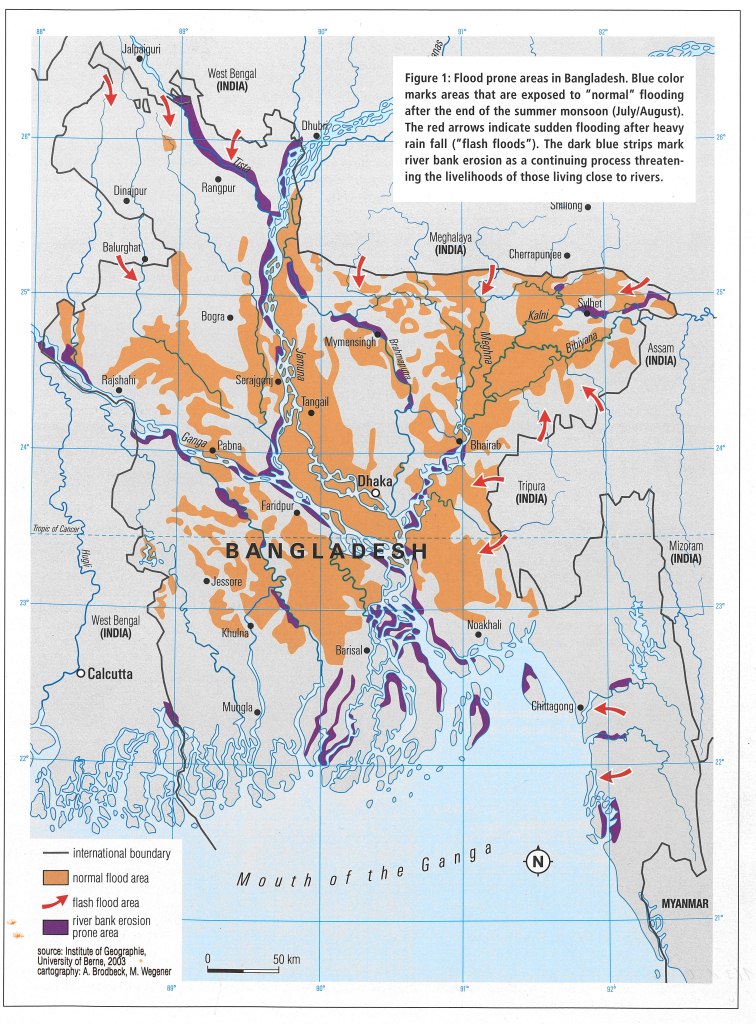 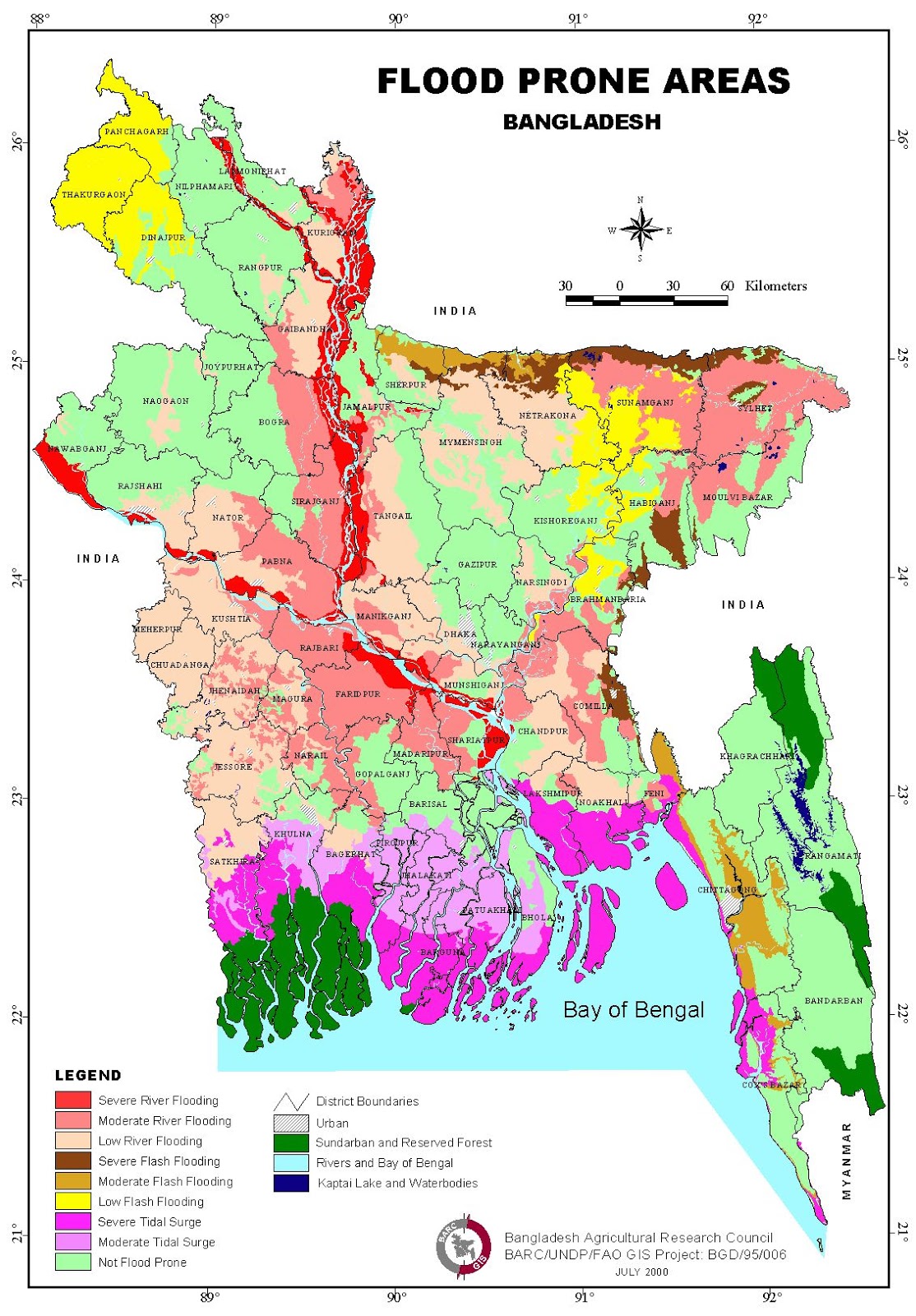 The South Asian country of Bangladesh located next to India is prone to flooding due to being situated on the Ganges Delta and the many tributaries flowing into the Bay of Bengal. The coastal flooding twinned with the bursting of Bangladesh's river banks is common and severely affects the landscape and society of Bangladesh. 75% of Bangladesh is less than 10m above sea level and 80% is flood plain, therefore rendering Bangladesh a nation very much at risk of further widespread damage despite its development. Whilst more permanent defences, strengthened with reinforced concrete, are being built, many embankments are composed purely of soil and turf and made by local farmers. Flooding normally occurs during the monsoon season from June to September. The convectional rainfall of the monsoon is added to by relief rainfall caused by the Himalayas. Meltwater from the Himalayas is also a significant input and flood every year. This often lasts for about 1 month.

Each year in Bangladesh about 26,000 km2, (around 18%) of the country is flooded, killing over 5,000 people and destroying more than 7 million homes. During severe floods the affected area may exceed 75% of the country, as was seen in 1998. This volume is 95% of the total annual inflow. By comparison, only about 187,000 million m3, of streamflow is generated by rainfall inside the country during the same period. The floods have caused devastation in Bangladesh throughout history, especially during the years 1966, 1987, 1988 and 1998. The 2007 South Asian floods also affected a large portion of Bangladesh.

Small scale flooding in Bangladesh is required to sustain the agricultural industry, as sediment deposited by floodwater fertilizes fields. The water is required to grow rice, so natural flooding replaces the requirement of artificial irrigation, which is time consuming and costly to build. Salt deposited on fields from high rates of evaporation is removed during floods, preventing the land from becoming infertile. The benefits of flooding are clear in El Niño years when the monsoon is interrupted. As El Niño becomes increasingly frequent, and flood events appear to become more extreme, the previously reliable monsoon may be succeeded by years of drought or devastating floods. Also, some three thousand people were left homeless or killed.